Building understanding of process theology in action for everyone

Is Progressive Christianity a Gateway to Atheism?

In a recent post Alisa Childers notes “3 Beliefs Some Progressives and Atheists Share,” Childers describes the pathway that some notable evangelical and conservative Christians have taken from what she calls the true faith to humanism and atheism and concludes that once they began to question orthodox doctrines they took the first steps onto a slippery slope to progressivism and ultimately to atheism.  In particular, these self-proclaimed critics and infidels left the fold as a result of 1) adopting “the belief that the bible is unreliable,” 2) concluding that the problem of evil is “unresolved” by Christian orthodoxy, and 3) affirming a “culture-adapting morality” that includes acceptance of LGBTQ+ persons as reflecting God’s love and aim at wholeness.

Childers’ caution is grounded in the belief that there is a clear orthodoxy that defines Christianity and that all who deviate from that orthodoxy have sold out to the relativistic norms of culture and intellectual inquiry.  In so doing, Childers assumes that those who ask question about evil, question scriptural inconsistencies, or affirm a living and growing faith are faux Christians, when in fact, their doubts may reflect the seriousness with which they take their faith.  In fact, no clear orthodoxy exists or ever did exist, except as a result of political-theological power plays silencing minority positions, whether of the Celts, Gnostics, or Arminians.  Whenever someone claims to be an orthodox Christian, my response is often “which orthodoxy?” insofar as Christianity has never been monolithic and virtually everyone’s grandparent has been called a heretic by someone in church history.  Doubt and questioning may be the open door to a larger, more vital vision of God.

Those who leave the “one true faith” often have very good reasons, which often can be attributed to the inherent limitations and inconsistencies of inflexible orthodoxies themselves, including Childers’ own orthodoxy.  Childers cites three reasons many evangelicals have taken the broad highway to atheism.  They are worthy of response, not to convince Childers whose orthodoxy has helped her find a “lifeboat” in the troubled seas of life, but to support the honest questioning of those who have become alumni/ae of the old-time religion in their discovery of a new and life-transforming image of faith.

First of all, Childers recognizes that most of those who have left orthodoxy were motivated by questions about God.  Though Childers would not admit this, much of orthodox Christianity exalts power, control, and dominance as essential to faith.  God cannot be questioned, and the God’s truth is enshrined on the inerrant pages of scripture. Woe unto to those who see faith differently or challenge scriptural authority. Might makes right and God’s “will” defines what is good even if God’s will is the source of cancer, hurricane, violence, and destruction.  Orthodoxy surrenders love to power as the primary characteristic of God, despite the biblical affirmation that God is love.

Second, Childers notes that for many persons orthodoxy stumbles on the question of evil.  In fact, orthodoxy provides no coherent response to the problem of evil.  “God’s power can never be limited” is a cardinal belief of orthodox Christians. But, power is amoral in nature, and can corrupt our images of God as well as our personal morality.  But, the exaltation of power is demonic if involves the slaughter of innocents, destroying the earth, devasting cities, and striking dead.  Even the notion that God allows evil to occur for a greater good is amoral insofar as many do not pass the test.  As John Hick notes, some form of universal salvation, which orthodoxy denies, is necessary to maintain the tension between divine love and power. 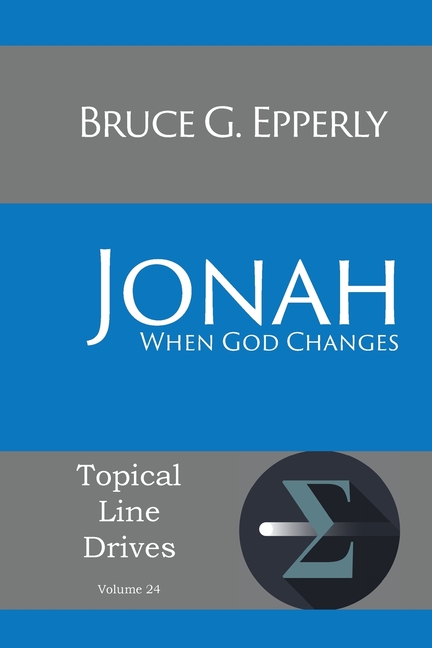 Finally, Childers champions an inerrant bible.  Yet, the notion of an inerrant scripture is, in fact, unbiblical.  The bible presents the picture of a dynamic, relational God, who acts in a synergistic way with humankind.  A personal God is also an adaptive God.  God calls and we respond and then God responds to our actions.  The scripture makes the following assertions: God changes God’s mind in response to Nineveh’s change of heart; Abraham and God negotiate the survival of Sodom and Gomorrah; Jesus challenges traditional faith with his “but I say unto you” approach.  The bible is not a monolithic voice but an evolving library of texts, occasionally at cross purposes with one another.  In fact, both Job and Jesus challenge the rewards-punishments, acts-consequences approach to human suffering.  Ruth undermines the xenophobic policies of Ezra and Nehemiah.  The biblical God is ultimately progressive in spirit, not stuck in the old ways, but constantly doing a new thing.

Childers’ views have to be taken seriously in their affirmation of a type of Christian orthodoxy. Progressive Christianity has often asked too little of God and too little of humankind.  Today’s progressives need to respond to the orthodox critique by transformational living and believing – Progressive Christianity at its best will cultivate a robust faith, grounded in embracing spiritual practices, proclaiming a this-worldly mysticism (seeing God in all things, and recognizing the importance of humankind as divine partners in healing the world), affirming a naturalistic understanding of the healings of Jesus in dialogue with holistic and technological medicine (such an understanding can transform cells as well as souls), preaching an affirmative gospel of divine love, seeing salvation as this – as well as other – worldly in the quest for justice and earth care, and making theological reflection and biblical scholarship a priority in congregational life.

Bruce Epperly is a Cape Cod pastor, professor, and author of over 45 books, including Process Theology: Embracing Adventure with God, Process Spirituality: Practicing Holy Adventure, The Mystic in You: Discovering a God-filled World, and Becoming Fire: Guideposts for Interspiritual Pilgrims. See Bruce’s interview on this same topic on YouTube.

Theme by Anders Noren — Up ↑